Land Rover tried to cover up the new Freelander being tested but the spy photographers have caught the company in the act. The Freelander 3 was seen being driven by presumably a factory driver. The car was covered with Evoque style panels to throw the car paparazzi off but the pictures speak for themselves.

There is speculation that the new Freelander will have three options for exterior in the hope that it will expand the model’s appeal to other types of buyers. The new Freelander won’t be available for purchase to the general public until 2015. Not much is known on the exact details but the fact that the car was seen being tested points to the idea that Land Rover are making polishing it for further research and analysis. 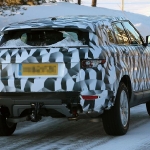 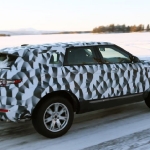 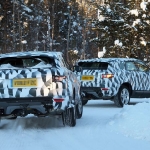