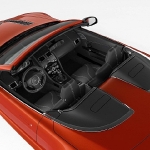 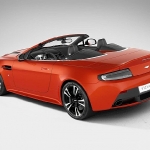 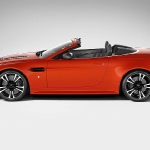 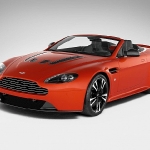 The Aston Martin V12 Vantage Roadster’s 6.0-litre engine comes with a six-speed manual gearbox that generates 517HP at 6,500RPM and an astonishing 570Nm of torque.

The naturally aspirated V12 provides high levels of torque and power yet it gives a refined driving experience with the potential of an exhilarating drive.

Aston Martin’s new V12 Vantage gets to 60MPH from standstill in an electrifying 4.5 seconds and is capable of reaching speeds up to 190MPH.

The Aston Martin V12 Vantage Roadster features a redesigned rear boot lid and lower front air intake to maintain a level of dynamic performance that’s fully in keeping with the V12 Coupe, while there are also a number of unique chassis revisions. These include a modified rear damper set-up, front and rear damper valve tuning and a new rear spring design.