The Audi R8 Spyder first made its spectacular appearance at the New York Motor Show in March of this year, hitting the UK at Goodwood Festival of Speed just a month back. Now, pricing and specs have been revealed on the brand new drop top.

The standard specification of the new model, due to be launched in showrooms by the end of this year, will include Audi’s driving mode selector, multi-function leather steering wheel and a 12.3-inch digital display, dubbed as the virtual cockpit by the brand themselves.

Options available will include a Bang & Olufsen Sound System, carbon detailing, LED headlights and a Sports Plus Pack. 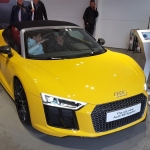 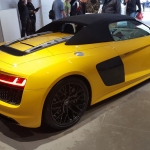 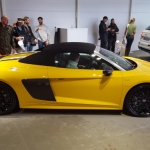 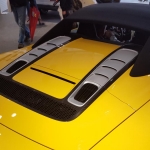 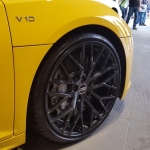 Honda is set to take the Paris Motor Show by storm next month when lifting the veil on their brand new, more powerful, far faster version of the iconic Honda Civic Type R, due to hit showrooms next September.

Images reveal that a more subtle design has been chosen for the new Type R; Honda has waved goodbye to the extreme look of the current model and instead toned down the harsh lines and styling. The rear wing has completely disappeared from the new model, while a softer front bumper and back diffuser also look to be added. 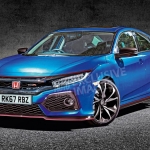 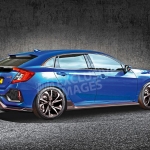 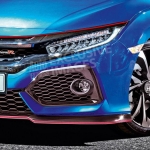 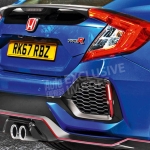 Higher Tech A-Class Due for Launch in 2018

The all-new fourth generation of the Mercedes-Benz A-Class is on schedule in the UK for 2018 and will immediately become more spacious, more practical and better to drive.

The A-Class will be granted a new platform, contributing to the improved drive performance; while the car will remain front-wheel drive, it will be underpinned by a heavily revised version of the current MFA structure, called MFA2. An increase in length and wheelbase will add a considerable amount of space inside, while a reshaped rear end will increase load volume. Headroom will also increase in the rear of the car, accredited to an extended roofline which falls later than the current model. New headlamps will also feature, while a two-part rear light cluster will add visual width to the back of the car. 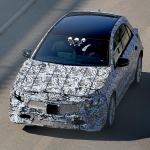 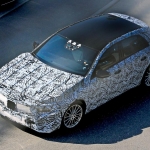 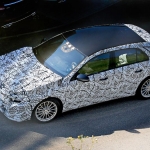 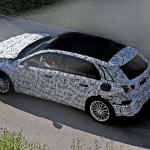 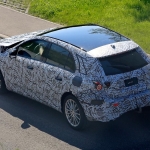 Lamborghini has now created three luxury styling packs to add to the Lamborghini Huracán, with a focus on racy style. As the car comes rather as it is upon first order, the packs add such features as an aerodynamic kit, an aesthetic package and centre-lock wheel nuts.

The aerodynamic kit adds a sportier front splitter, side skirts, rear diffuser and a large rear wing, while the aesthetic package includes a choice of either matt black, glossy black or red paint. The three styling packs are available from Lamborghini dealerships worldwide and won’t void the standard factory warranty. 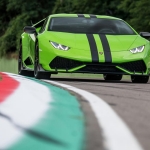 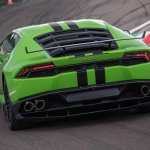 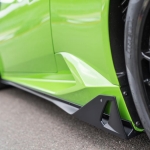 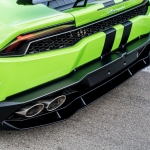 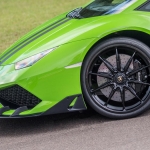