We imagine some of the other car manufacturers might have been slightly miffed – after only having been on public sale for a very short time, the new Mercedes S Class scooped not one, but three awards in quick succession.

It picked up the coveted ‘Luxury Car of the Year’ award in the CarBuyer Car of the Year Awards, just three days into its first full year on sale. As the Editor in Chief of CarBuyer commented: “Mercedes has always been a byword for luxury and the new S-Class takes it to a whole new level. It manages to perfectly blend the very latest technology with traditional levels of opulence to produce the perfect luxury car.”

It was awarded the same accolade at the What Car? awards, making it the 8th year it has achieved this prize. What Car? judge the entrants based on criteria such as ride quality, noise suppression, ambiance, comfort and sense of well-being, and representatives of the magazine noted that the S Class didn’t just perform well, it raised the bar.

Finally, the S Class also scooped ‘Best Luxury Car’ at the Business Car Awards, which had previously given it an unbeatable 10 out of 10 score when they reviewed it in 2013. 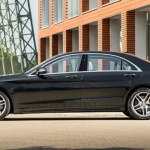 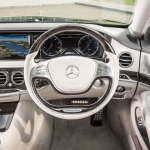 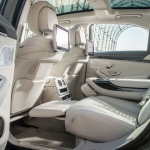 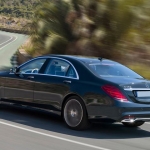 Our new S Class hire car recently joined the Signature fleet which can be hired on a self-drive basis or with a chauffeur. See all our stunning Mercedes here.