Prince William and wife Catherine have just started their official visit to Singapore to celebrate the Queens Jubilee with additional tours planned for Malaysia, the Solomon Islands and Tuvalu as part of their nine day tour.

One of their first official visits was to see the Trent 900 jet engine A380 which has been unveiled at their new factory and has been built to power the Airbus, the world’s largest passenger plane and first plane engine to be produced by Rolls Royce. 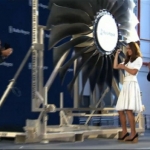 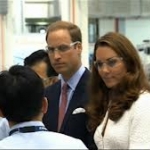 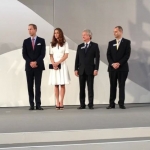 Rolls-Royce executives, corporate guests and employees were there to welcome the Royal couple, many waving British and Singaporean flags.

“Here is cutting-edge aerospace technology developed by one of the United Kingdom’s great global companies,” William said at the 154,000 square-metre complex which opened in February. He said British firms had invested a total of 25 billion pounds (US$40 billion) over the years in Singapore, a former colonial trading outpost that has become one of the world’s wealthiest societies. 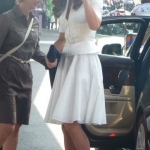 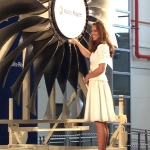 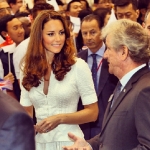 “It is no accident that Rolls-Royce has chosen to build this high-tech campus in Singapore. This country’s welcoming business environment, highly skilled workforce and entrepreneurial energy have made it a magnet for many hundreds of British companies.”

This new Rolls-Royce facility was built at a cost of S$700 million (US$570 million) and employs approximately 500 people with the Asia-Pacific region now the world’s fastest-growing aviation market.

Do you like Rolls-Royce Ghost, Phantom or Phantom Drophead? Then make sure you vote for it as Signature’s Wedding Car of the Year on our Wedding Facebook Page! Remember, your vote means a lot to us!