It has been an eventful week in the industry, with news flying in from every brand and angle; Signature Car Hire is on hand to give you the latest gossip.

2017 Audi A5 Coupé Revealed
Audi lifted the covers on the second-generation Audi A5 Coupé this week, due to hit showrooms in November. While maintaining the majority of the predecessor’s style and design, the new model flaunts a more athletic look – lower, sportier, and further precision added to the bodywork.

Audi has commented that the aim of the facelift was to not stray far from the original Audi A5 formula, but instead to make the new model “more elegant and sharper looking”.

2016 BMW 3 Series Gran Turismo Facelift Revealed
Set for September delivery – just in time for that sought after 66 plate – the BMW 3 Series Gran Turismo has been updated for 2016, flaunting slight and subtle reworkings. Visual differences include a lightly revised air duct design up front, standard fit LED headlamps with newly design lens graphics and an altered valence panel on the lower edge of the rear bumper. 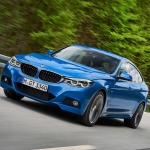 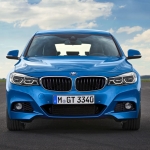 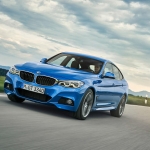 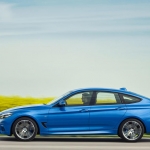 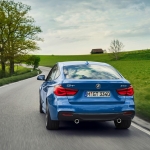 LaFerrari Spider confirmed for 2017
Ahead of a scheduled 2017 launch, Ferrari is privately approaching potential customers and purchasers of a spider version of its LaFerrari hypercar. New CEO, Sergio Marchionne, confirmed that a LaFerrari Spider was in development and has already been shown to prospected buyers.

The LaFerrari Spider could include a fully operational, removable targa-style top as opposed to a fully retractable hardtop, however, perhaps Ferrari will stick with a traditional hardtop roof and maintain the trend across the range?

The hybrid system showcased in the LaFerrari coupé, which mixes a naturally aspirated 6.3-litre V12 engine with an electric motor and battery pack for a combined 950 BHP, is expected to make it over to the spider version unchanged.

2017 BMW M5 Spotted Testing
BMW’s M5 saloon has been spotted testing once again, this time revealing further details of it’s eagerly anticipated transformation. It appears as though the facelift will see a heavily raked rear window and a sloping boot deck, thus giving the new M5 a sleeker profile and a more defined and shapely rear end. The new car will also sport larger front air intakes, as well as drilled disc brakes. Advanced autonomous driving systems will also become available in the latest model, pioneered in the BMW 7 Series, including a self-steering mode, a sophisticated anti-collision system and fully autonomous braking.

We can hardly wait for the big reveal at the 2017 Geneva Motor Show. 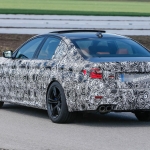 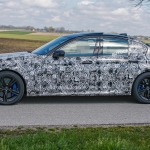 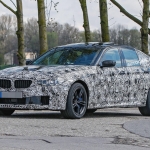 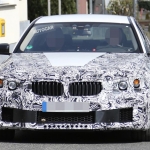 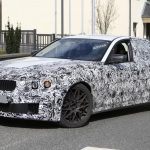 Mercedes GLB to Join SUV Range
Mercedes-Benz recently registered the GLB name, and it looks like the brand is readying a new model for its SUV range, judging by spy pictures caught earlier this week. Something is being created, for sure, and should it be a brand new GLB, the model is likely to prioritise practicality, offering an abundance of space, both inside the cabin and the boot. Watch this space for further updates and confirmation of a possible sixth addition to the fast-selling, popular crossover range from Mercedes-Benz… 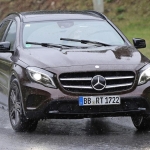 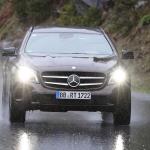 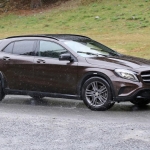 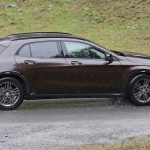 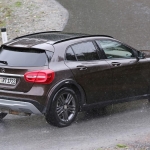