Signature staff might work amongst the most impressive and extensive fleet of prestige and performance hire cars available in the UK, but their pulses still race at the thought of the next supercar to be released, so attending Goodwood’s Festival of Speed was a must for Development Director Bizhan Jeddi.

Bizhan spent the weekend at Goodwood, mixing with celebrities, snapping super-hot cars before watching the infamous hill climb which is described by Goodwood as a “challenging white-knuckled 1.16 mile course through the Goodwood Estate.” 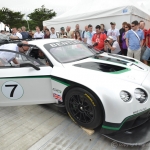 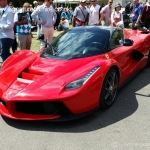 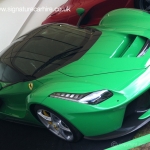 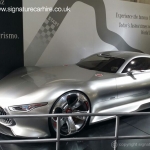 The Festival of Speed is based around the hill climb which has been running since 1936. Approximately 300 cars and motorcycles race their way up the iconic hill in a truly inspiring show of performance, power and pace. Every type of racing vehicle imaginable is grouped thematically and fuelled to beat the record time. Bizhan commented, “from classic racing cars to modern formula one vehicles and rally cars to NASCAR vehicles there was a car to suit everyone. I even spotted Jay Kay from Jamiroquai roll up in his luminous green LaFerrari!” 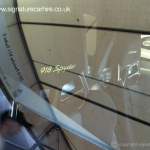 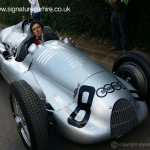 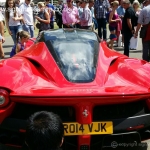 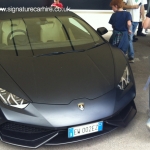 Cars are numbered and brought to the waiting line one by one, with about 3 cars racing per minute which allowed car enthusiasts with a fascination for a particular car watch it get prepared, turned on and driven to a race line. The fastest time up the hill, set by Nick Heidfeld in the McLaren MP4-13 in 1999, still stands to this day. Bizhan said “the race was spectacular, such a treat to be able to stand alongside the hill climb only a few feet away from the cars as they zipped past. To see such a variety of different cars all competing for the finish line was a truly memorable experience and I cannot wait until next year’s event already!” 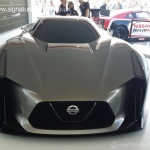 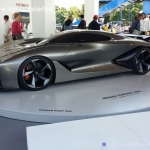 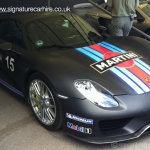 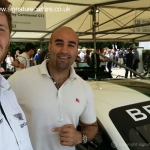 The hill ride is just one attraction at the event. Surrounding the track guests can dine at any number of luxury restaurants and enjoy the view from the outdoor seating areas whilst being served with an array of gourmet foods including grilled fish and champagne.

On the outskirts, car makers such as Nissan, Alfa Romeo, Mercedes and BMW showcased their new vehicles alongside concept cars in the making. In addition visitors can enjoy an aeronautical display showcasing helicopters and private planes available for purchase or hire.

Bizhan said “It’s not like any other “car show” I have been to, it’s a garden party and motor show all rolled into one! People were dressed well and sipped on champagne as they took in all the cars on display throughout the event. I was excited to see cars including the Bentley Continental GT3, the Porsche 918 Spyder which is half electric and half diesel with a 900 horsepower engine and a red Laferrari which belongs to Chris Evans. Concept cars included the Nissan Gran Turismo and the Mercedes Vision Gran Turismo which both look out of this world! Top of my list of must see cars was the Lamborghini Huracan which is already on order and due to arrive to the Signature car hire fleet soon. It met up to and exceeded all expectations!”

Bizhan went on to say “I was privileged to be able to have a chat with the guys on the Bentley stand (pictured here with engineering staff) who were showcasing their GT3 race car. In addition I managed to get a selfie with Tiff Nedell from 5th Gear who was involved in advertising for BMW. I had been trying to get access to where he was located but security stopped me saying it was a member’s area only and that I needed a special BMW key to get in. I pulled my own BMW keys out and said there you go……the security guy found it hilarious and allowed me access! I grabbed Tiff as he came out; had a bit of a laugh about the comments he was making while talking for BMW and took this picture. This was the highlight of my day!” 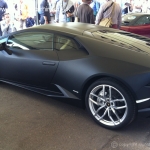 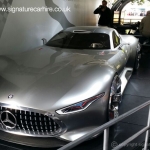 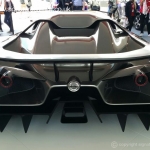 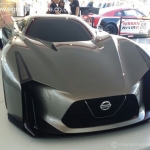