The early days of Rolls-Royce started when Henry Royce met Charles Royce in 1904. Both men had engineering companies and agreed that Royce Limited, Henry’s company, would manufacture a car that would be sold by CS Rolls & Co and the car would be called Rolls-Royce. Today, Rolls-Royce is one of the biggest car manufacturers and engine makers in the entire world.

1900s: In March 1906, the Rolls-Royce company was formed due to the accolades that the first Roller received. The Silver Ghost was launched in the early 1900s and it was said to be one of the best cars that has ever launched. The name itself is a sign of how incredible the car must have been when it was launched. To respond to the needs of WWI, Royce designed the first ever aero engine named the Eagle. This was the start of Rolls-Royce work with engines for industrial clients.

1920s: The Roaring Twenties ushered in a new glossy world for the West. Rolls-Royce ushered in their new ‘R’ engine that was used in a British seaplane that was entered in the International Schneider Trophy.

1940s: The Merlin was worked on Henry Royce before he died in 1933. The Merlin was the engine that powered aircrafts in the Battle of Britain and this is really when Rolls-Royce started to brand itself as not only a car company but a serious contender in the aero propulsion industry.

1950s & 1960s: The 1950s was the decade when there was consolidation in the aero engine industry. Rolls-Royce merged with Bristol Siddeley in 1966, for example. The company also launched the RB211 for Lockheed’s L-1011 Tri-Star.

1970s & 1980s: State ownership happened in the 1970s after some problems and this is also the time when the car business was floated on the stock exchange in 1973. Rolls-Royce returned private in 1987 to continue its engineering and motor work.

2000s: Rolls-Royce celebrates its centenary in 2004 and continues to focus on innovating in the automotive industry. 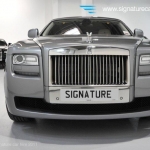 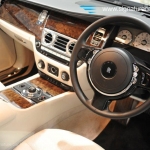 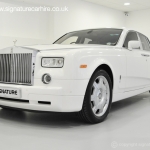 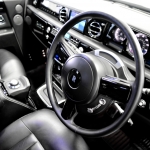