Nissan was almost certainly the highlight of this year’s New York Auto Show and took centre stage with their display of GT-R heritage to celebrate the unveiling of one of the most significant facelifts to the Nissan GT-R. Signature Car Hire is excited to reveal all of the details of the latest changes for you, right here…

The GT-R Shows Off a New Figure
Let us start with the physical changes; it is still very much the gorgeously fierce GT-R we know and love, but with an updated and modernised look. The new V-Motion grille is larger than in the previous shape, aiding engine cooling, and finished in a new mesh pattern; the bonnet has been transformed and is now “significantly reinforced” to accommodate stability even when high-speed cornering – a sure scenario in a drive of a Nissan GT-R. To complete the look, the marque flaunts a new bumper, complete with a striking lower lip spoiler.

The physical changes are not purely aesthetical; Shiro Nakamura, Nissan’s Creative Chief, has revealed that the amendments have improved aerodynamic efficiency while reducing lift and raising the car closer in line with Nissan’s other models. Of course, quad tailpipes and matching quad taillights remain the definitive feature of the Nissan GT-R. 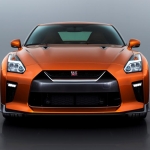 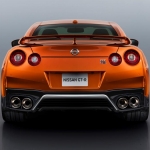 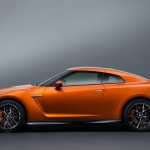 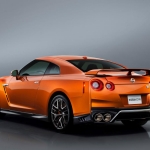 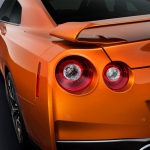 What’s on the Inside Counts, Too
Nissan has clearly invested much time in an interior transformation of the GT-R. Whereas previous models were renowned for a lacklustre cabin, the facelift has adorned the latest specification of a fully leather dashboard and a far sleeker designed control panel. A new 8-inch touchscreen takes pride of place in the centre console. 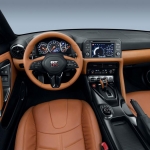 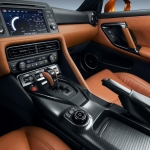 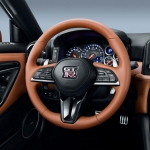 Nissan Throws in a Power Boost
Mechanically, only subtle changes have arrived as a part of the new facelift. The 3.8-litre twin-turbo V6 engine remains, but with the help of new ignition timing and turbocharger boost, the Nissan GT-R now delivers 562 BHP as opposed to 542 BHP produced from its predecessor. The dual-clutch transmission has undergone refinement, resulting in less noise and smoother shifts – a worthy change, as comfort was often reported as lacking in GT-R’s of old. Wheel-mounted paddles have also been added, allowing far easier – and arguably safer – manual gear changes.

A Pinch of Practicality
The definitive feature of Nissan’s craftsmanship in the GT-R is truly usability and practicality; the brand has maintained that speed is not the epitome of the drive, but rather experiencing maximum performance from the speeds at which we are able to drive at on real roads. Nissan comments, “These things are all purposeful. They’re not all cosmetic. We only made the change where it improved the function.” And quite rightly so; we agree that the self-drive experience should be felt at all levels of driving, and the Nissan GT-R holds promise of this. Not only is the marque beautifully built on the outside, but under the bonnet too; its reason for being is to thrill its driver through each gear, and not just at top speed. 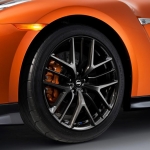 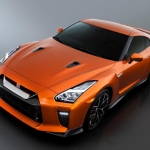 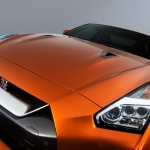 The new Nissan GT-R facelift has certainly made a Marque on our team at Signature Car Hire; while we thought the previous shape left no room for desire, the 2016 GT-R has left us drooling over its improved styling and performance. The new model will not hit showrooms until later on this year, however, the Signature Car Hire Fleet is still here to entertain you. Whether it is a self-drive hire experience you are seeking from our Performance Car Fleet, or an incomparably luxurious Chauffeur 4×4 Car Hire, our London-based showroom is the one to visit. Make your Marque with Signature Car Hire.