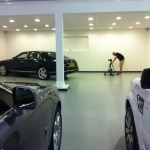 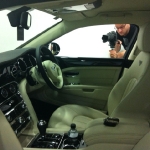 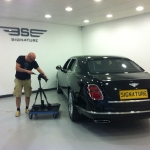 Since our recent blog, Behind the Scenes at Signature with Our Bentley’s, we have uploaded our Bentley Mulsanne and Bentley Continental GTC V8 videos to YouTube! These two luxurious cars are the pinnacle of Bentley’s designs. Our photographer ensures he captures the luxurious lines these beautiful cars offer.

Starting with the Luxurious Bentley Mulsanne, our photographer has approached it differently this time. As this is a luxurious car the little details on the exterior and interior are captured closely by our photographer. The Mulsanne’s predecessor was an amazing success, it was used by very wealthy individuals and even high-ranking officials including the Royal Family. The first Mulsanne was released in 1980 which was Bentley’s answer to Rolls Royce. The Bentley Mulsanne was one of the most luxurious cars in its time. It’s been just over 30 years and Bentley has had another shot at it, this time, creating a masterpiece.

The interior of the new Mulsanne is incredibly comfortable, perfect for those chauffeur driven journeys or just long journeys itself, the Mulsanne offers maximum comfort and one of the most smoothest rides ever to be featured in a vehicle.

Even though this may seem like a tank compared to other cars on the road, the Bentley Mulsanne is not a car to be messed with as Bentley has planted a huge 6.75L V8 engine which produces 505 BHP making it one of the fastest 4 doors on the market! This Bentley defines luxury and performance in one amazing package.

Also uploaded was our Bentley Continental GTC V8. This sporty looking Bentley is Bentley’s answer to mainstream performance cars such as AMG, M Sport and even RS. The new GTC V8 features an impressive 4.0 V8 which exhales an astonishing 500 BHP. With this sort of power from a convertible Bentley, it can outrun most modern sports cars today. With a long enough road, you can hit its top speed of 187 MPH in a heartbeat.

The Bentley Continental GTC V8 isn’t just an astonishingly fast sports car, it’s a luxury car too. Bentley never forget that they’re a luxury brand, which means no matter what they produce, it will still have Bentley’s traditional approach to the manufacture of their cars.

Bentley have equipped the GTC V8 with pure leather and wood which makes you feel like you’re in a much bigger Mulsanne. With luxury like this, you can’t go wrong in thinking it’s the most luxurious convertible available on the market.

Our GTC V8 is finished in Artica White which gives the Continental a striking look on the road. We have also equipped our Bentley Continental GTC V8 with 21 Inch Limited Edition Black Elegant Rims which contrasts the white exterior into the black rims perfectly.

Bentley has ensured that the GTC V8 sings the song of performance and luxury in perfect harmony.

Do you like the Bentley Continental GTC V8? Then make sure you vote for it as Signature’s Car of the Year on our Facebook Page! Prefer the Bentley Mulsanne? Head over to our Wedding Facebook Page to vote for the Mulsanne! Remember, your vote means a lot to us!