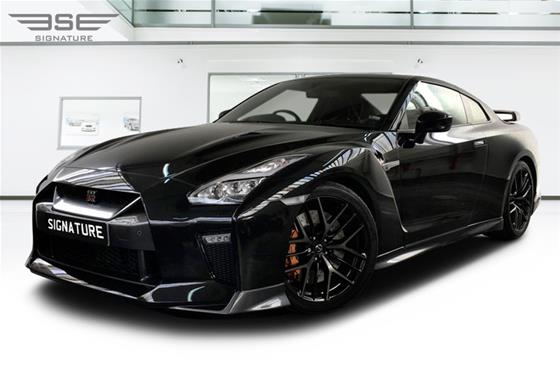 Signature’s fleet of Nissan self-drive vehicles offer clients a unique way to experience renting a mid-size saloon rental car in the UK. As one of the most iconic Japanese car marques in the world, each Nissan Car Hire model is unique in design.

All our Nissan rental cars are bought new and include the highest specifications to ensure your self-drive car hire experience that will exceed your expectations. Our Nissan car hire options offer quietness and acceleration responsiveness, comfort and reliability at an affordable rental price that all our car rental clients appreciate. Those looking for a rental car in the UK that offers practicality and performance will welcome Nissan characteristics which include the steering stability and town driving agility of the vehicle.

To see which of our Nissan rental cars suits your needs, simply click on the model above for prices and further information. Alternatively call one of our experienced customer care advisers on 0207 118 2244 who can talk you through all the benefits of each model we have on our UK Nissan fleet which are kept in our London showroom.

Nissan Motor Co., Ltd., usually shortened to Nissan, is a Japanese multinational automobile manufacturer headquartered in Nishi-ku, Yokohama. This is a popular Marque which can now be found in over 191 countries with 160,000 employees worldwide. Nissan has been creating and sharing innovative cars since 1933.

Nissan strives to bring to the market breath-taking cars with innovative technological features. Aiming to deliver cars that appeal to all, Nissan cars are smarter, safer, exciting and easy to drive. From conception to car construction, testing to transparency, design to innovation, quality is of paramount importance to Nissan, all reasons why Signature Car Hire has included Nissan rent a car options to their fleet of affordable self-drive hire cars.

Kwaishinsha Motor Car Works, led by Masujiro Hashimoto, was established in the early 1900's. The factory commenced with domestic automobile production, which became the leader of the automobile industry in Japan.

Around the same time, Yoshisuke Aikawa was born in Yamaguchi district. He graduated from Tokyo Imperial University, however, when he resided in the United States, Yoshisuke hid his academic accomplishments and worked in a factory, where he developed casting skills. He established Tobata Casting Co., Ltd., when he returned to Japan.

The DAT car was created by combining the initials of three men who invested in Kwaishinsha: Den, Aoyama and Takeuchi. The DAT car was entered in the Taisho Exposition held in the same year. The Kwaishinsha Motor Car Works expanded during the first part of the century, they completed and released on to the market Model 41 DAT mounting the first single body casting 4-cylinder engine in Japan.

Several mergers during 1925 and 1931 enabled the company to grow; this precluded the birth of Datsun in 1932 when the company changed its name: DAT was taken from the initial letters of three men. The SON was changed to SUN, since the SON sounded the same as a word meaning "disadvantage" in Japanese. In 1934 the corporate name was changed to Nissan Motor Co Ltd when Sangyo Co Ltd became a 100% investor in the general meeting of stockholders.

During the 50's Nissan acquires other motor companies and enters into a technological cooperation agreement with Austin Motor Co., Ltd. of the United Kingdom. Export of passenger cars to the United States begins and Datsuns are entered in the 6th Australia Mobilgas Trial, with one taking first place for the first time.

By 2011 Nissan's Iwaki Plant announces it has produced its six millionth engine. Nissan also announce that their popular Nissan Micra / March tops six million sales globally. Following this in 2012 the Nissan Note Wins RJC Car of the Year. In 2013 Nissan releases all-new DAYZ and Datsun is Back with All-New Datsun GO for the New Risers. Innovation is still top of Nissan's agenda with the announcement of unprecedented autonomous drive benchmarks and in 2015 Nissan announces partnership with NASA to jointly develop and deploy autonomous drive vehicles. Nissan’s new Serena ProPILOT technology, 2016, makes autonomous drive first for Japanese automakers. Marking the future of the automotive industry, Nissan wins RJC Car of the Year and Technology of the Year awards.