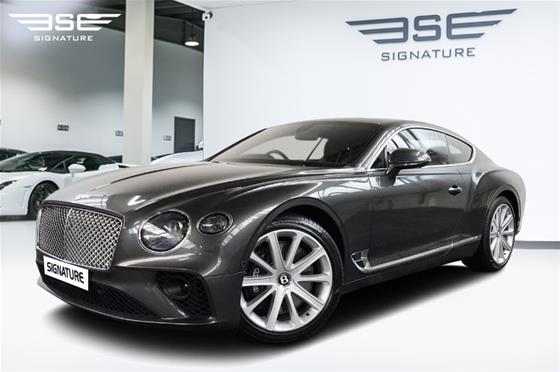 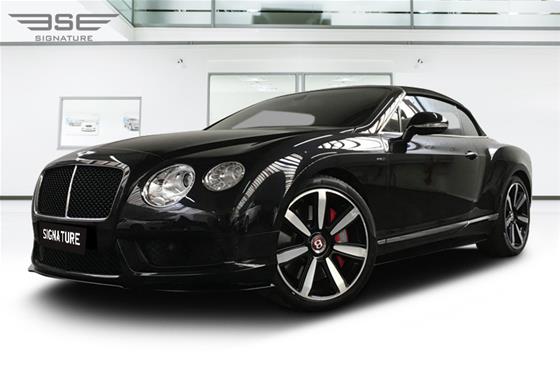 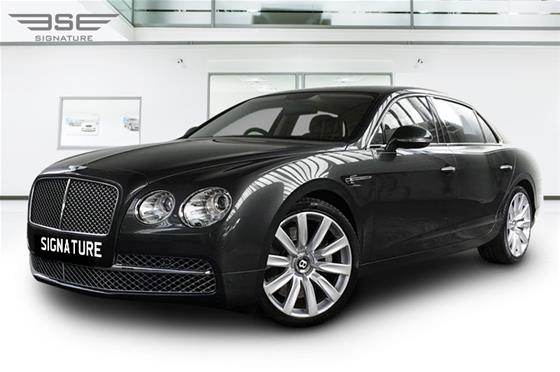 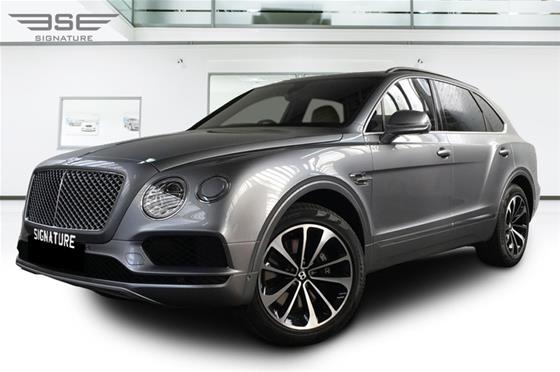 If you are looking for a rental car that fulfils your desire for luxury and refinement then Signature’s fleet of Bentley self-drive vehicles will exceed your expectations. With a strong 95 year British heritage Bentley cars are powerful and beautiful and handcrafted to exceptional standards down to the last detail.

All our Bentleys are selected carefully and built to exacting standards with a sleek and elegant exterior and luxury interior which ensures your drive is on another level completely. Bentleys are sumptuous and spacious but with a sporty feel offering drivers unparalleled levels of agility and driver engagement.

To see which Bentley suits your car hire needs, simply click on the model above for prices and further information. Alternatively call one of our experienced customer care advisors on 0207 118 2244 who can talk you through all the benefits of each model we have on fleet in our London showroom.

The dedication and determination that Bentley bring to building their cars intensifies the unique experience every Bentley driver takes from ultimate relaxation to ultimate exhilaration. The task of a Bentley may be to take customers from A to B. But it’s how Bentley get them there that demonstrates everything about the marque.

More than any other trait, power is the defining characteristic at the heart of the Bentley brand. In a Bentley, it’s that distinctive surge, like a giant hand pushing you towards the horizon. In the way Bentley do business, it’s total self-confidence – delivered with a very British sense of understatement. The Bentley way is to make things appear as effortless as possible.

A Bentley is unmistakable – all it takes is a glance at the twin headlights, matrix grille or the high waistline to know one. The paradox of the car is that although it is instantly recognisable, it takes time and effort to hand-build each one. That’s the assured Bentley hallmark.

A hand-built car using the finest quality natural materials takes time. Yet, while others may do things ‘meticulously’ or ‘painstakingly’, Bentley has always been about passion. In fact, their entire reputation rests on the experienced skills and passion of their people, handed down through generations. Many of their people say that they work on each Bentley as if it were going to be their own car. They want to get it right. It’s no wonder that every machinist who creates a set of upholstery signs the back of it with his or her initials.

Bentley reached the pinnacle when the Marque created the Queen Elizabeth’s Bentley Arnage. This is not your average state car nor is it just a luxury limousine. It is the car for the monarch and as you can imagine it stands out in a way you would not expect. With a top speed of 130 mph, there is dignity etched into every curve of this custom Bentley Arnage. Built as a gift for the Queen’s Golden Jubilee in 2002, the Queen only uses it for special occasions. This state limousine appeared at the Coronation Festival 2013 and undoubtedly reinforces Bentley’s strong critical reception for its cars which you can see if you read Bentley Testimonials.

Rent a Bentley for a day with our chauffeur service and see why this Marque is so refined. Choose a Bentley if you want to make an impression for a business an incredible entrance to a party – the Mulsanne is the car for both occasions. The 6.75L V8 engine gives the car the chance to go from 0 – 60 mph in 5.3 seconds while the top speed sits at 184 mph. This car screams executive luxury at every level, inside and out. Ultimately from Bentley GTC to a Mulsanne, luxury and prestige come first to deliver an elegant experience behind the wheel. We offer a superb nationwide Bentley car rental service covering the greater London area and surrounding counties like Hertfordshire, Oxon, Kent and Sussex.

Bentley Motors was founded by W.O. Bentley in 1919 when the first Bentley engine burst into life at New Street Mews, London. From these modest beginnings, W.O’s company went from strength to strength through the 1920s, with an evolving series of acclaimed motor cars and a parade of racing triumphs to prove their outstanding performance. These laurels were capped with five outright victories at Le Mans between 1924 - 1930 and a sixth in 2003. Although Bentley Motors was founded in 1919 the manufacturer did not make a complete car for 27 years – only engines and chassis.

When Bentley chairman Woolf Barnato dared to take on the famous Blue Train between Cannes and Calais in his Speed Six in 1930, he won the bet by not only beating it but by reaching his club in Victoria, London, four minutes before the express pulled into Calais.

Bentley production moved from Cricklewood, London to Derby when Rolls-Royce purchased Bentley in 1931.

If we had mission statements in those days, it could not have been expressed more eloquently than in the words of W.O. himself, “To build a good car, a fast car, the best in class”.

These words are just as relevant today as they continue to inform our beliefs, actions and ambitions for the future. Located in Crewe, England since 1946 and owned since 1998 by Volkswagen AG, Bentley Motors is dedicated to making responsive and powerful Grand Tourers with the stamina to cross continents at pace, and drive in refined comfort and style.

During the 1920's Bentley was outstandingly successful in both racing and setting the new speed records, grabbing many front page headlines. Bentley first won at Le Mans in 1924 and went on to win every year from 1927 to 1930.

When W. O. Bentley first heard of Le Mans, he thought the whole venture mad. He was clear in his reasons for supporting motor racing – gaining publicity, generating sales and establishing the Bentley marque. “I would have been perfectly content to see our cars circulating round Le Mans in inglorious solo solitude as long as the Daily Mail gave us their front page on a Monday morning!”. W. O. Bentley went over to watch the race and said that Le Mans soon got into his blood.

In 1923 W.O. worked with ‘Bentley Boy’ John Duff, to prepare his Bentley and lent him the Bentley Works driver Frank Clement for the 24-hour endurance race. W.O. travelled to see the race and it was then W.O. claims Le Mans got into his blood. Bentley’s racing success was achieved by thorough preparation and the ability to continuously learn from their experiences. Each year Bentley improved their engines, pit procedures and team discipline.

In 2003, after 73 years since Bentley’s last win at Le Mans, two Bentleys entered the epic 24-hour endurance race. At 4pm on Saturday June 14 the race began with the two Bentley’s taking the lead. The number 7 car put in consistent laps, while the number 8 car set the fastest lap of the race.

And so, at 4pm on Sunday June 15, two Bentley Speed 8s came first and second at Le Mans, almost 83 years to the day that the two Speed Sixes had achieved the same. It was a day that those who witnessed it will never forget.

The following Wednesday, the number 7 Speed 8 was guest of honour at a celebration dinner held at the Savoy in London, the same venue and identical menu and drinks list as the Le Mans dinner in 1927.

Bentley Motors are proud of its history and in 2009 they celebrated 90 years of Bentley, having celebrated in 2006 the 60th Anniversary of car production at Crewe.

Visiting the factory is an opportunity that is normally reserved for Bentley customers and owners, however on non-production days there are two opportunities for enthusiasts to visit Crewe. Bentley experienced and knowledgeable tour guides are available to conduct public tours of the factory on most Friday mornings. There are two opportunities each Friday, 8.30 am-10.00 am and 10.15 - 11.45am but places are strictly limited.

Contact Bentley directly for more information on how to apply for the Bentley Experience public tour.