• 1950s: This decade was the heyday for classic cars especially with marques like Aston Martin. The Queen’s cousin, the Duke of Kent, had an DB2/4 in the 1950s which was just the beginning of Aston Martin’s long relationship with the British royal family. King Baudouin of Belgium had a DB2 from 1955.

• 1960s: This was the decade when Aston Martin became a pop culture icon. In 1964, Sean Connery drove the DB5 as the character that we all know and love: James Bond. Connery drove the DB5 in Goldfinger, one of the most popular James Bond films. In 1969, the Prince of Wales received a Seychelles Blue DB6 from the Queen and Prince Philip for his birthday. This was beginning of a passion for Aston Martin cars.

• 2000s: The Royal Wedding marked the changing of the guard for Aston Martin enthusiasm to Prince William. The Duke and Duchess of Cambridge drove an Aston Martin at their wedding after they were officially married.

Aston Martin’s enduring connection with the royal family will continue because of the bonds that the company has made. We can’t wait to see what Aston Martin has in store and what other vintage and modern Aston Martins that royal families around the world choose to drive. 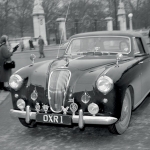 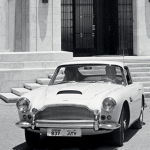 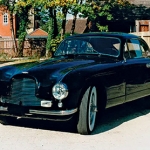