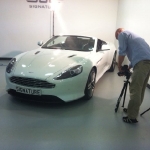 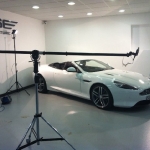 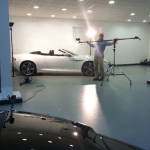 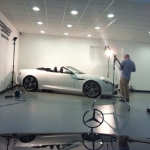 What a hectic week it’s been! Not only have we made the Signature Car of the Year poll live on Facebook but we have also filmed one of most popular hire cars, our Aston Martin Virage’s Volante. Our photographer has captured the Aston Martin Virage’s subtle yet appealing looks on camera as the Virage’s design which has been meticulously designed ensuring aerodynamics are perfect while not compromising the appearance of the car.

Our photographer captures the Virage’s new lines which are a spin-off from the previous DB9 and DBS. The Aston Martin Virage falls between the power range of the DBS and DB9. We believe the Virage is an epic DB9 and DBS marriage.

The camera glides over its open top roof showcasing the Virage’s beauty and low appearance. Our photographer has also made sure that the new front LED lights which have been sculptured in the name of aerodynamics are not missed as they play a vital roll in why the Virage is a very beautiful car.

The Virage features a massive 6.0 V12, which produces 490 BHP, giving it enough power to hit 60 mph in 4.6 seconds. The 6.0 V12 also outputs an amazing 570Nm torque which can catapult you to its top speed of 186 mph. The Virage is one fast Aston Martin, faster than the DB9, although not as fast as the DBS. This puts the Virage in its own category in the Aston Martin range. All in all, it’s another amazing supercar.

Our photographer has captured the S63 AMG’s aggressive and luxury stance in this amazing film. The camera slowly moves around the car showing off its long body which makes the car as elegant as a Rolls Royce.

Also captured on film is the interior, which is grey nappa leather which gives the interior of our S63 AMG a elegant look. No matter how stiff AMG has made the suspension and body, it does not compromise comfort in any way at all.

The Mercedes-Benz S63 AMG featured above is Mercedes-AMG’s answer to the BMW 760Li, Audi S8 and even the Jaguar XJL V8 Supercharged. These super-fast luxury limo’s are always competing with one another to make sure they stay number one. The problem is, is that the Mercedes S63 AMG blows them into next week. It features a Naturally Aspirated 6.3L V8 which produces an astounding 518 bhp which is enough to hit 60 mph in just 4.6 seconds. That’s supercar territory!

Also captured on film, our Range Rover Vogue 5.0 Autobiography Supercharged. Our photographer ensures that each detail on the Range Rover Vogue does not go amiss. Range Rover has equipped the Vogue with brand new LED lights which gives the Vogue a superior look while maintaining safety driving down the road.

The Range Rover Vogue 5.0 Autobiography Supercharged is one of the best SUV’s ever to go into production. It has been such a huge success, Range Rover have even decided to quicken the production lines so they can produce more in a year.

The Vogue features a Jaguar derived 5.0 litre V8 supercharged engine which produces over 500 bhp. With this amount of horsepower, you can hit 60 mph in just 6.2 seconds making the Vogue 5.0 one of the fastest SUV’s in the world.

Planning to hire one of these cars? We have the Mercedes S63 AMG, Range Rover Vogue 5.0 Supercharged Autobiography and the Aston Martin Virage Volante available for you to hire on a self-drive basis from our Experience Centre. To quote, simply call us on 0845 370 2222 or email us at sales@signaturecarhire.co.uk.

Like the S63, Vogue or the Virage? Then make sure you vote for it on Signature’s Car of the Year on our Facebook page! Your vote means a lot to us!