London has been missing its own dedicated Motor Show for the last eight years, but this has finally been put right by organisers of the revamped London Motor Show…and what a show it was.

Once again, London became host to one of this year’s biggest new car event in the United Kingdom, and after chasing each worthwhile Motor Show around the world, Signature Car Hire could not be happier to attend such a fantastic event on home soil. Allow us to fill you in on all of the gossip from within the stands.

The London Motor Show ran over three days this month, and secured backing from 35 different car brands, including Aston Martin, Rolls-Royce, Ford, Nissan, Jaguar, Land Rover and BMW; taking place at Battersea Evolution Centre, 130 models were debuted and showcased. Here are a few of our highlights:

The GS
MG took the London Motor Show by storm through the launch of the brand’s first ever SUV. Designed and engineered right here in the UK, it will join the ranks of MG’s high-riding hatchbacks throughout the city. The GS will be powered by a turbocharged 1.5-litre petrol engine, and can be bought with a dual-clutch automatic gearbox if preferred – another first for the brand. We have to say, it looked stunning from our vantage point.

McLaren 570GT
After introducing us to the legendary McLaren 570GT at the Geneva Motor Show, McLaren arranged for the luxury supercar to make its UK debut at the London Motor Show. Boasting more boot space than some family hatchbacks, this supercar is, unusually, designed with practicality in mind; while usability is the car’s unique selling point, however, McLaren has taken care to not compromise on the luxury feel of the car at all.

Infiniti Q60
The Infiniti Q60 was also displayed in the UK for the first time at the London Motor Show. The flagship Q60 model will feature a 400bhp twin-turbo 3.0-litre V6 engine and is set to compete with the likes of the Mercedes-Benz C-Coupé and the Lexus RC. It looks to be a nice little number we will look forward to putting through the Signature test. 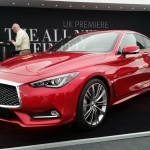 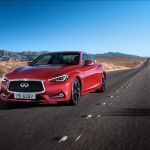 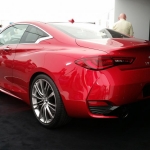 TVR Sports Car
TVR teased us all with first glimpses of the styling of one of the most highly anticipated models to date; while it was still under covers, though, almost 400 deposits have already been taken on the car, due to arrive in late 2017. The car will perform via a Cosworth V8 engine, engineered to produce more than 400 BHP and accelerate from 0-62 MPH in less than four seconds. How we wish we could have tugged on those covers…

As well as the above cars making their UK debut, the London Motor Show displayed innovative vehicles to enlighten us of the exciting future of motorcars. For example, the Riversimple RASA, a Welsh-built two-seater hydrogen powered car, showcased its skills at the show, as well as a “Stop the Crash” zone which offered visitors the opportunity to experience a live demonstration of autonomous emergency braking.

All in all, the London Motor Show was a hugely successful event, providing an excellent platform for the brands we know and love to reveal their latest models and concepts. Signature Car Hire most certainly has an eye on a few to add to our Car Hire Fleet; while we await their arrival and as summer begins to creep upon us, grasp your chance to Make your Marque behind the wheel of one of our Signature cars. 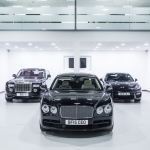 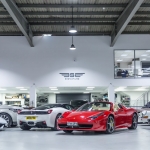 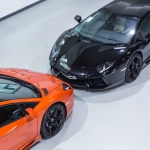 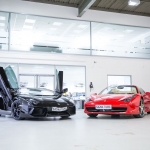 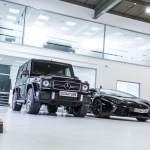