Just where has this year gone? That is the question everybody is asking and as the months fly by, we find ourselves just weeks away from one of the most important Car Shows of 2016, the Paris Motor Show. The show takes place, on rotation, every two years and is second only to the Geneva Motor Show; in fact, in 2014, the Paris Motor Show was the world’s most popular motoring event, with 1.25 million people recorded attending the event. What does it have in store for us this year? Signature Car Hire previews some of the rumoured events and releases due to take place in France next month here for you.

Audi Unveil a Few
It will be an important year for Audi who will debut the all-new Audi Q5 SUV prior to hitting showrooms next year; the new SUV will feature the latest technology and design of the Audi Q7 and will be joined on the stands by the Audi TT RS, the Audi R8 Spyder, the new Audi Q2 and the beast that will become the Audi SQ7. 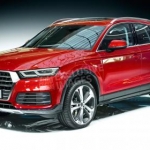 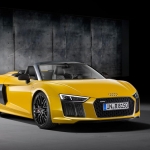 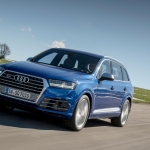 Could the LaFerrari Spider Make an Appearance?
Following Ferrari’s exciting announcement of last month, whereby they revealed they would produce 150 examples of a LaFerrari Spider, there are many rumours flying that the car may make an appearance at this years show. As the car will be rather exclusive and limited to Ferrari’s most prestigious customers, it will be an excellent chance to get up close and personal to the brand new supercar model.

Mercedes Keep Us Guessing
Following a very hectic start to the year for Mercedes, new releases appear to have calmed slightly in the world of Mercedes. However, a new AMG-GT soft-top seems to have been spotted testing, so while we eagerly anticipate the display of the gorgeously Facelifted AMG-GT, we wonder whether a brand new AMG-GT soft-top will make an appearance? Who knows.

Rumour also has it that Mercedes may be unveiling an innovative all-electric SUV concept car at this year’s show for the first time. Indeed, the Mercedes stand looks to be a sure one to visit this year…

Abarth 124 to be Displayed
Abarth does not – as far as we are aware – have any new models due to take centre stage at the Paris Motor Show this year, however, the latest Abarth 124 will be on display, demonstrating a racier design, more powerful performance statistics and sportier-looking features.

It seems the Paris Motor Show this year will be one full of news, new releases and exciting developments of the automotive world; as always, Signature Car Hire will be ready to bring you the latest news from the Show next month.

In the meantime, be sure to visit our showroom and whet your appetite for luxury supercars and marques with our superlative Car Hire Fleet; Make your Marque with Signature Car Hire.