We all know that today’s Land Rovers are not just the hardy beasts they used to be. Yes, you can still conquer the world in one, but nowadays you can do it without the sore behind, with air conditioning and whilst listening to your favourite tunes on your iPod.

Today, Range Rover in particular is seen as one of the great luxury marques, with the material quality, leg room, technology and sheer finesse being those more normally associated with luxury saloons that are absolutely not designed to go off road. Each new Range Rover is now viewed with eager interest by the super luxury market and snapped up by everyone from billionaires to politicians and celebrities.

Two of the reasons that Range Rover attained such status are the Range Rover Vogue and the Range Rover Sport. The Vogue came much before the Sport, launching in 1970 with a model that is now known as the Range Rover Classic. This model lasted until 1995 and, reflecting Land Rover’s approach to practicality at the time, was a lot sparser on the luxury front than any of the marque’s modern vehicles.

The second Vogue, released shortly after, is the one which won the Vogue a place in luxury SUV history. Widely used by well-known celebrities, this more luxurious version came to have a reputation as the premium luxury SUV in the market. It was available for 8 years, during which time Range Rover also diversified their focus to special editions such as the Westminster and the Holland.

Whilst this was winning hearts across the globe, the Range Rover Sport was slowing being born. Designed to rival the quicker, smaller SUVs on the market, the first Sport was actually introduced to the world as the Range Stormer, which appeared in 2004 as a three-­door coupe concept car.

When it actually came to the market, it had lost a lot of the innovative features – including the gullwing doors! – and was launched as a bulky vehicle that was closer in many ways to the Discovery than it was to the Range Rover. This conservative model, launched in a firey orange, did gain in popularity, but lacked some of the the sleek luxury feel that was slowly defining the Range Rover stable. It was only its second incarnation that would prove what a Sport could really do.

Before then, however, the third generation Vogue was launched in 2010, which featured upgraded technology that improved both driver’s and passengers’ experiences. Mirroring the developments in other Range Rover models, the Vogue also had an ever-more increased focus on luxury, featuring a sumptuous interior that looked good enough to live in.

Then arrived the new Range Rover Sport, ditching the heavy Discovery chassis in favour of the lightweight aluminium Range Rover model – something that the latest incarnation of the Vogue, launched this year, has also done. The Sport is now an impressive off-road machine with serious engineering and technological capabilities, which can also beat off most of the competition when on the road.

Despite being a terrain-conquering machine, it’s also designed to feel impossibly comfortable inside, giving the driver the impression that driving in any conditions is as easy as floating on a cloud. With the high standard of entertainment technology, top-quality leather and wood trims, not to mention extra features such as heated seats, the Sport shows that Range Rover is now as dedicated to producing luxury vehicles as it is to making powerful ones. The Vogue, once the elegant luxury option in the range, now stands proudly as a car amongst equals, just one in the Range Rover stable of beautifully made, powerful and above all luxurious vehicles. To experience one for yourself, call us today. 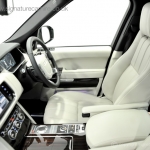 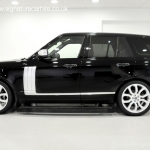 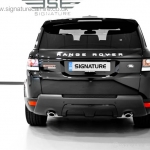 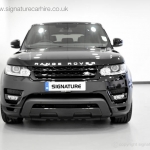 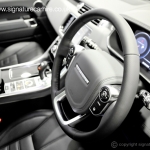 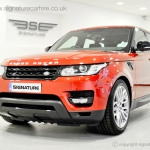 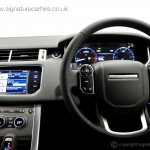 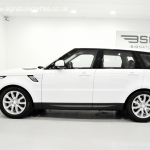